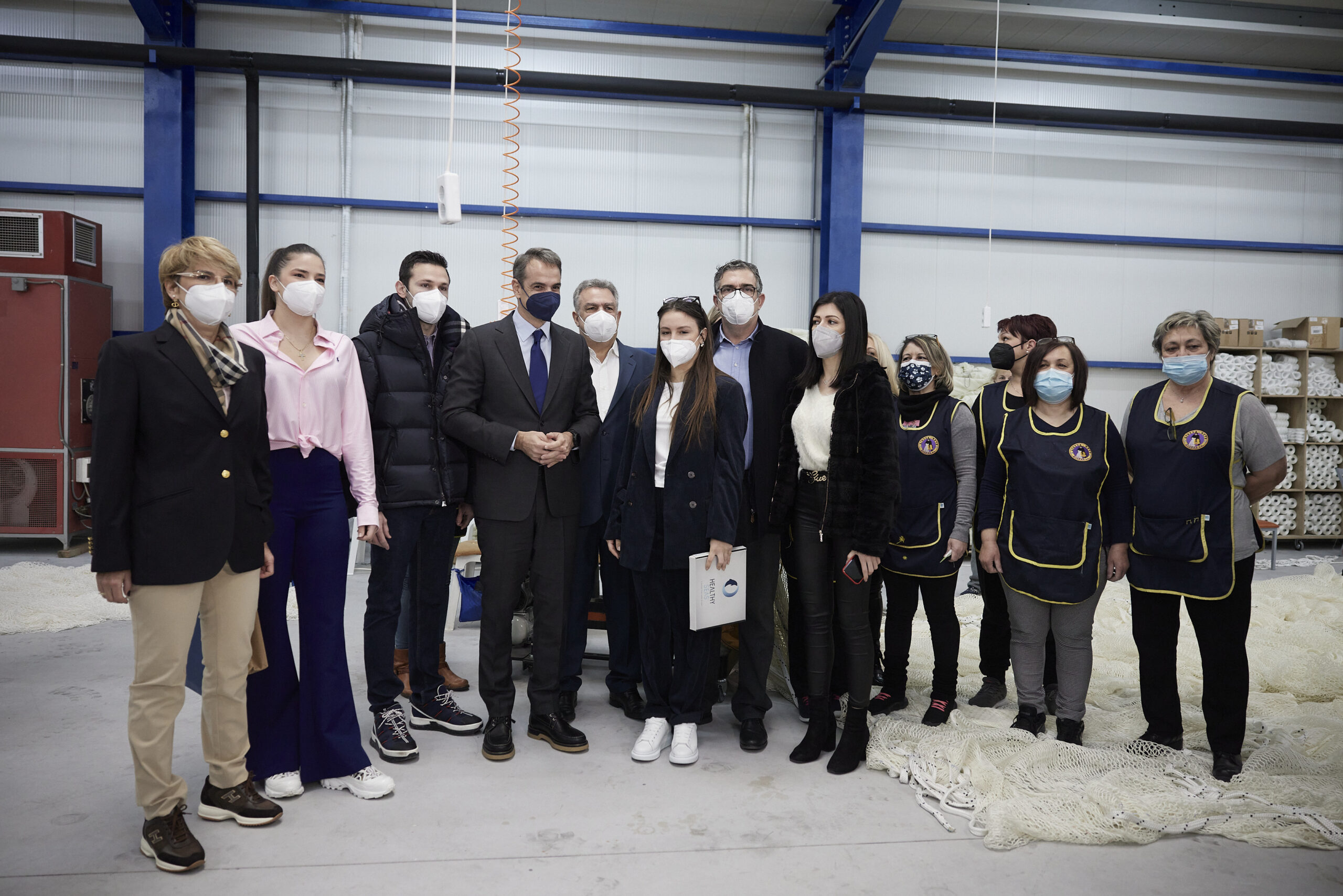 We thank the Prime Minister Kyriakos Mitsotakis for the special honor of visiting our factory and inform him about the actions developed by Diopas S.A.

During his visit to the company’s facilities in Nea Michaniona, Prime Minister Kyriakos Mitsotakis pointed out  “There are no successful businesses without satisfied employees”.

“A big part of our labor reform is precisely about being able to ensure not just good working conditions, but for those employers -you do not belong to this category- who may have a predisposition to take advantage of employees and for the employees to have all the necessary tools at their disposal so that they can defend themselves and, above all, to record the real working time”, the Prime Minister underlined.

“Finally, I have not met any successful company in which there is no healthy business relationship between employers and employees”, added Kyriakos Mitsotakis.

The head of the company Simon Diamantidis, who specializes in net construction, informed the Prime Minister about the extroverted nature of production -with exports to northern Europe, the Balkans, the Middle East, and Africa- but also about the innovative research activity that has been implemented in collaboration with institutions, such us the university of Crete, the Hellenic Center of Marine Research, and the Aristotle University of Thessaloniki.

Among other things, the company has developed a special net that aims to double the fish population at sea, by creating a relatively safe environment for fish after hatching.

Mr. Diamantidis also told the Prime Minister that they have developed training programs to fight unemployment in collaboration with the Cultural Association of Nea Michaniona, where a net sewing training program has been set up, through its specialized staff of the industrial unit voluntarily teach traditional net sewing. Thirty of the women trained by this program have joined the company’s staff.

The Prime Minister was also briefed on the company’s expansion plan and congratulated those responsible for its bright ”green” features. The investments include the supply of new mechanical equipment, the creation of a research aquarium and the construction of new building facilities with ecological materials in which photovoltaic systems and methods of utilization of rainwater will be installed in order to be redirected to the research aquarium.